My Strange Yet Life Changing Time in Japan

5 years ago today I was in my third month living in Japan. It was my first time abroad without family and living in a different country. Japan was the best country to begin my journey of solo traveling. Since then, I have traveled to 10+ countries solo and counting. Studying abroad is an extremely life changing experience. I like to describe my time in Japan by a Triangle philosophy I read on a blog during my time there. My home country, the United States, is a circle. My new country, Japan, is the Square. Have you ever heard the quote, “A mind stretched by new experiences can never go back to its old dimensions”? Well, that’s what happened to me. After 6 months in a foreign country I became a triangle. I no longer felt 100% American. I had lived a different life and had taken on many Japanese traits. I felt like a citizen of the world.

Overall, my time in Japan was overwhelmingly positive. I made friends, studied the language, attended church, tried new foods, lived with a host family and traveled to different parts of the country. For the most part, everything was great. That being said, there were specific moments in particular that I uniquely experienced as a result of being a black woman. Because this is a site about being black abroad, I’ve decided to specifically highlight instances of MY black experience. Not every black person or POC will be able to relate, but that’s okay. Each individual experience is unique. Some of you may come here only for a week or two, others for years. What matters is that we all have a story to tell.

I was based in Hirakata, Osaka. It’s a small town about 20-30 minutes from Osaka center. I attended Kansai Gaidai university and spent over 3 months living with a Japanese family and then moved into the dorms (that’s another story). Here are some snippets I have gathered from memory that pertain to my black experience. 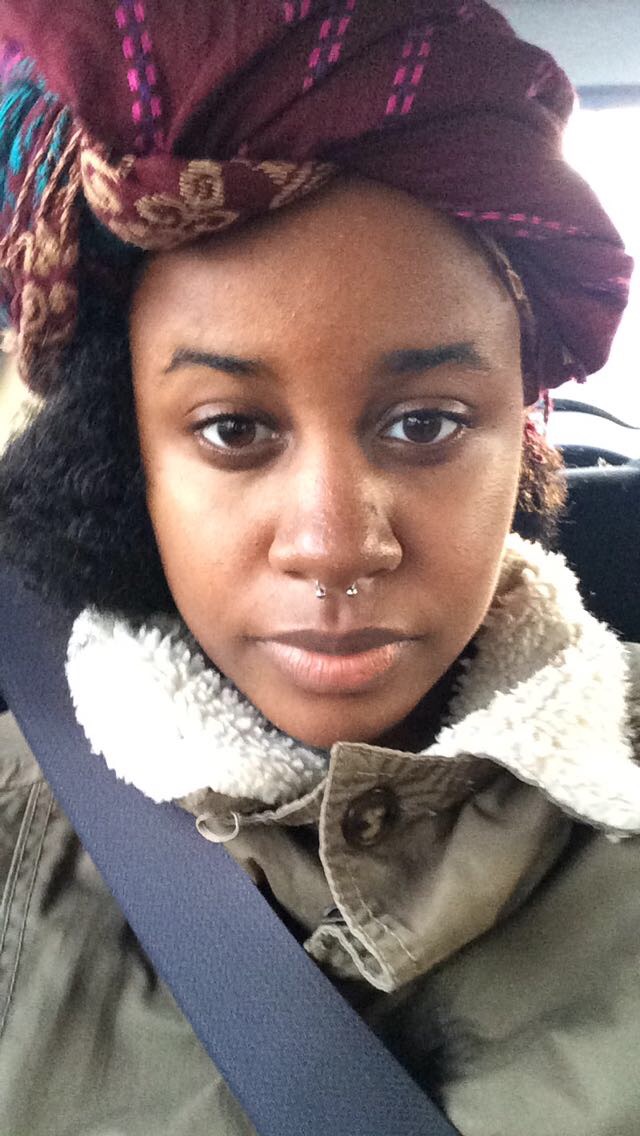 Upon arrival, and everyday thereafter, I got stared at. Stares of awe. Stares of curiosity. And stares of…I don’t know. I got pretty used to it. But it did eventually suck by my final month when I was balling my eyes out on the train as I just could not wait to get back to NYC. They just stared at me. White people in Japan definitely stared at me too. Sometimes I’d try to walk behind people to hide myself from everyone. Upon view, people did double takes. (The stares were nothing compared to South Korea I’ll add.)

Not only was I stared at, but in turn I stared at every black person I saw. I honestly could not help myself. I was probably worse than the Japanese. Some tried to pretend then did not see me, some smiled back and others gave me a nod before I could even react. The only black people I knew in Japan were also in my program and one at church. We were used to each other. 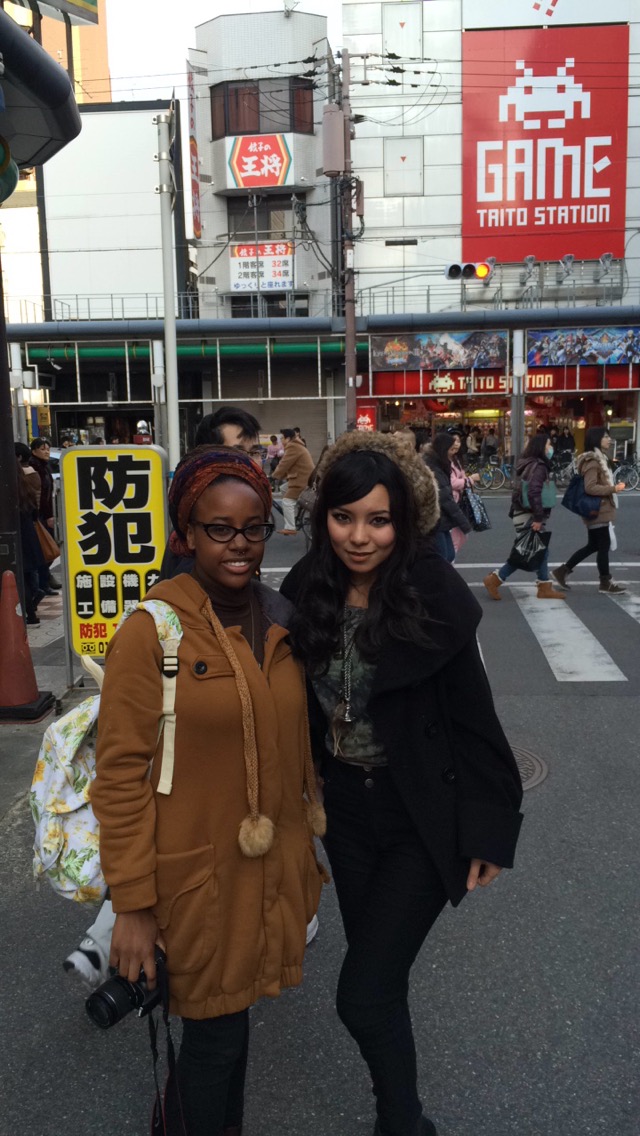 This was one of the better parts of being black. Not only was my goofy behind automatically cool, but I was also famous! In my first month, I was walking in Den Den town when this super pretty girl with her boyfriend asked for my picture. I felt so cool. This didn’t only happen to me but several of the other black students I spoke with. One guy said he was called Lebron outside of Ghost club in Amemura. He had so many people taking pictures with, and of him. This happens to me all over Asia. When I was in Indonesia I got called Beyonce, Rihanna, and Bob Marley (I was wearing dreads). I’ll take the former.

One day I was invited by a Japanese girl on campus to visit the salsa club practice session after classes. I was so ecstatic. Finally, I am making real Japanese friends. After rehearsal, I was invited to hang out with “the group” for a Takoyaki party. Takoyaki parties are a common get-together in Japan. It involves making octopus dumplings on a stick, drizzled in sauce. I was so happy to have been invited to hang out with traditional Japanese students. Once inside, I was greeted with several “interesting” questions. Unfortunately, I only remember one:

Japanese boy: “Do you sing gospel?”

It gets worse. All of a sudden, two dolls are taken out the closet. One white and one black. The Japanese boy tells his friend to put the white one back, and to toss him the black doll. As you can imagine I was flabbergasted.Then he started playing with it -_- I got a screenshot of the video I recorded.

Who called the PoPo? 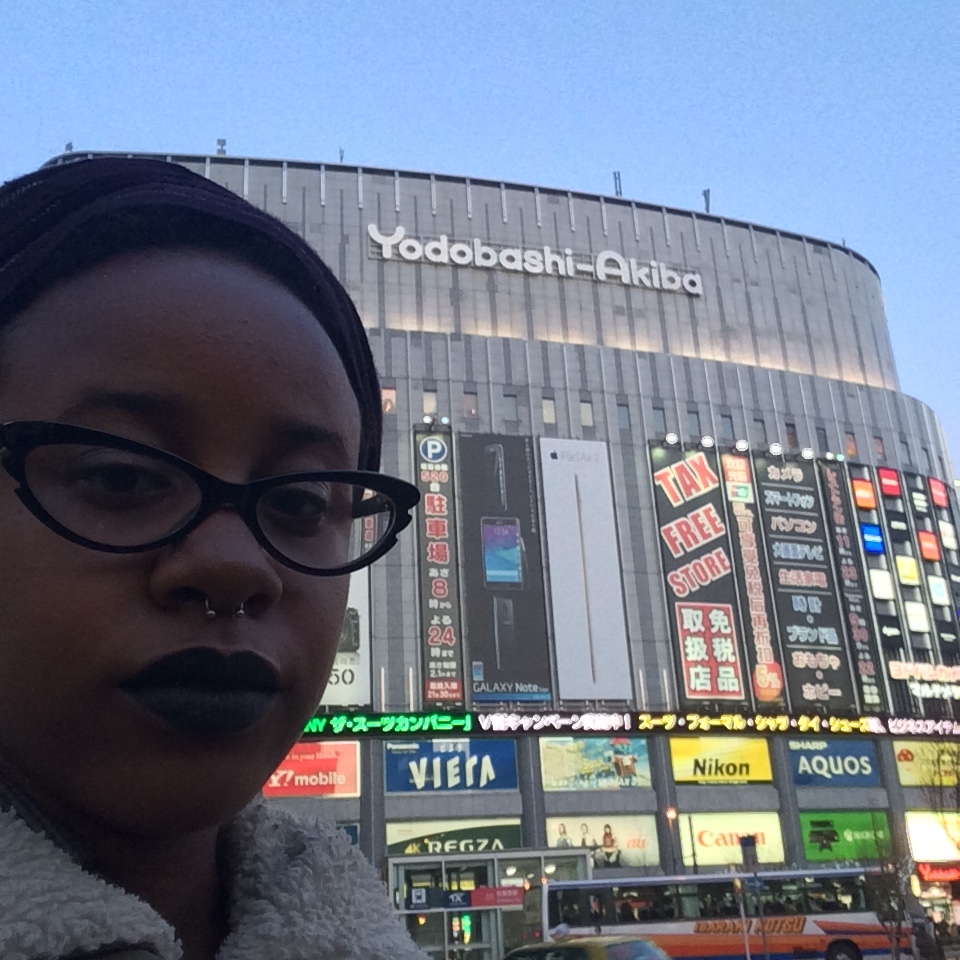 Yep, I got the police called on me. This was during my most stressful time in Japan. During my final week, I had my suitcases in storage at my friend Kumi’s apartment. When I got them out I started sorting through them to organize my belongings and look less sloppy. I believe it was here that someone saw me and called the cops, because 10 minutes from her apartment the police stopped me to ask for identification. They couldn’t speak a lick of English besides the word “ID”, and I could barely speak enough Japanese for that situation. I asked them why they stopped me and they said someone called them. They then proceeded to ask me what I was doing, where I lived, etcetera. I got my ID back and was left traumatized. I cried.

One time I was visiting Osaka Castle and an old Japanese man started walking alongside me. He lifted his hand and pointed, “Africa! Africa”. I was like “Nope, America”. Then he said, “Obama! Obama!” and gave me a thumbs up. That was a truly hilarious situation.

Onsens were interesting. I loved visiting Japanese onsens because they were really cheap and a very relaxing experience. If you are unfamiliar, an onsen is basically a Japanese bath house with lots of pools, saunas and steam rooms. The genders are separated as everyone must be butt naked. My first time there was truly daunting. Not only was I black, but I was also the only tourist visiting, as I’d only go to onsens that my Japanese friends recommended to me.

Literally, the second I walked in, everyone broke their necks to stare at me. Every single inch of my body was ogled. Old, young, pregnant, they all stared. Only for while though, until they got used to me. On one of my second visits, I overheard two older Japanese women talking about me and furtively glancing over towards my locker. When I caught them, they responded, “Kawaii”, which means “cute” in Japan. Mind you I was butt naked so clearly a very interesting exchange took place.

In Osaka, there is a district called Amemura, which basically represents American fashion within Japan. Here you’ll find all types of American culture including, the Hip Hop scene. I saw girls in box braids, boys sagging, and lots of hip hop clubs. Definitely check this area out. They’ll love you.

One of the annoying things about living in Japan that almost broke me in my final month was feeling like I was always on display. It was all fun and games in the beginning, but after a while I realized most of the Japanese girls on campus only wanted to hang out with me for pictures, or to practice their English. Thankfully, I still have two very good Japanese friends to this day, but the majority of the people I met at Kansai Gaidai used me as a prop. I think if I was fluent in Japanese things would have gone better, but even those who were fluent had a difficult time making true friendships. On the bright side no one touched my hair without asking 🙂

Lastly, this sponge I found in Tokyo So, hope you all found this post useful. I’m sure I had many more strange instances during my study abroad in Japan. These are the ones I remember most. Definitely visit the country. It’s safe, clean, and feels like Disney World at times. I wouldn’t trade my experience there for anything. It changed me for the better. When I return, I’ll have more money and a better time.