My junior year of undergrad at Spelman College, I was blessed to be able to study abroad in Japan. I studied with a  transfer program with our sister school in Tokyo: Tsuda College. Tsuda–which is also a historically all-women’s institution–was located in a small suburb called Kodaira. 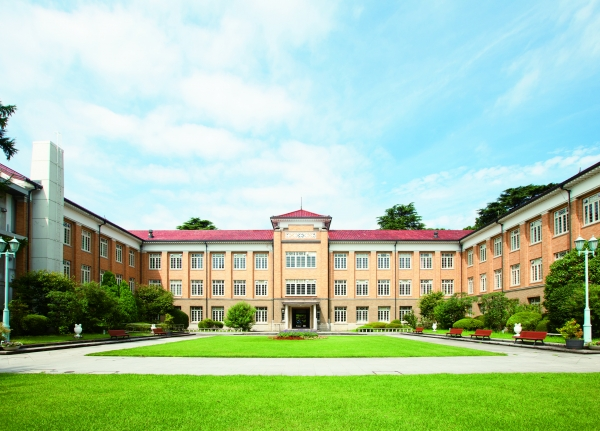 My experience at Tsuda College was a complete culture shock in a way that I had not expected.  I am a self described otaku–obsessed with anime and manga– and I had studied in Japan briefly before going to Tsuda College. I came to realize during this second, much longer study abroad  program how insulated I had been during my first trip. Every step of the way in my previous one-month study abroad program, I was surrounded by my Spelman sisters and Morehouse brothers. I thought I had a comprehensive knowledge of Japan because I had watched all the most popular anime and read manga since elementary school. I was convinced that I was already familiar with Japanese cultural norms, expectations, and language. I learned very quickly how wrong I was.

My adjustment to the reality of the country, its culture, the people, and its complex cultural nuances was harsher than I expected. I made so many embarrassing mistakes–for example, accidentally signing paperwork to buy a brand new $500 bicycle that my classmates had to help me return–simply because I didn’t want to step outside of my comfort zone and ask for help. For the first time in my life, I faced the challenge of navigating a language barrier and it was a humbling experience. Throughout these learning moments, I was made to feel a sense of warmth and acceptance by my Japanese classmates at school. I truly miss my time at Tsuda and I reminisce on so many aspects of the campus life: the classes, the environment, the food, the fashion, the language I learned, and the cultural experience. I can’t wait to go back to Japan to visit the campus and my Tsuda sisters again.

My sisters at Tsuda even played a role in helping me navigate my natural hair journey while I was in Japan. As soon as I arrived at school, I was paired with a senior who was like my big sister on campus. She answered any questions that I had, and she was my interpreter when I needed help doing important things that required reading and speaking more complex Japanese.  Of course, this also translated to my hair care.

Some background on my hair journey up to this point. I was a fledgling natural. Although I had been intentionally natural and working to maintain the health of my hair for 2 years at that point, I still had no idea what I was doing with my 4b/4c kinky hair. Before traveling to Japan, I decided to get Senegalese twists as a protective style (before I even knew what protective styling was). I had been so used to leaving braided styles and twists in for too long that I was convinced my braids would last for my entire semester in Japan.

I’m sure everyone else knows, but at the time I didn’t: Senegalese twists do not last for 6 months. To make matters worse, I did not even once moisturize my hair underneath the braids which I wore in a tight top bun every day. I rarely washed it because I was afraid it would cause more frizz. The irregular limited hours for accessing the showers and bath in my dorm also played a role in the upkeep and wash routine of my hair. At one point, it got so bad that I began laying  my new growth as though it were edges. I was the only Black woman in the city as far as I knew, I had no one to check me.

After a while of this downright neglect, my hair started to feel dry and brittle; my braids were starting to look dusty and frayed. I needed a touch up baaaaaaad. It was then that I decided to find a hair braiding shop in Tokyo. How hard could it be? There is an African diaspora in every major city in the world and SOMEONE had to know how to do my twists.

I tried to search Google by myself to discover the elusive Black stylists in Japan. After trying and failing to read the webpages of the salons that I found, I recruited my big sister to help me find the location and schedule an appointment. Somehow, through my broken Japanese and her less than perfect English comprehension, we found a hair braiding shop for me about an hour away in Shinjuku, Tokyo. My sisters spoke to the store owner over the phone for me, and we learned that the price was about 800 yen or  $80 for a touch up around the edges. We scheduled an appointment for that Saturday, and I began taking my hair down in preparation for the visit.

On the Saturday of my appointment, I packed a lunch for myself–my first attempt at making onigiri (stuffed rice balls, the equivalent of a sandwich for lunch in Japan)–and walked to catch the train into the city. I had a tremendous amount of anxiety around traveling to new places in Japan because I had a phone plan with a set limit of data that I had no way of tracking. I made a habit of planning out my trips and writing out where I was going before making my way to the train station. I had an irrational fear of getting lost in Tokyo and not being able to find my way back to campus. (This is why it is important to learn at least the very basics of a language–particularly how to discuss directions–before traveling to another country.)

I departed campus with my onigiri and my map in hand. I stepped on the train and traveled for my first time to the neighborhood of Shinjuku. Shinjuku is the busiest train station in the world. It has over 2 million passengers traveling through a day. I was overwhelmed by the sights and sounds of the city and although I tried to follow my map, I quickly had to turn on my phone’s wireless service to find the exact location of the shop inside of a large, high-rise building.

I arrived significantly early because I was afraid to miss my appointment and so I had to to wait for a while. My stylist– a West African woman in her late 30s or early 40s– was finishing a style on another African American woman. I gathered from their conversation that the client was an English teacher working in the area. She couldn’t have been more than a year or two older than me. At the time, I was too shy to speak and try to form a friendship with her, but looking back I regret that I didn’t open up more and ask her questions.

The stylists installed beautiful medium sized box braids with black and blue braiding hair while she chatted with her customer. I loved the atmosphere of the salon, it was very relaxed and I was so happy to see other Black women in this city although I was painfully shy. I waited patiently while watching the small television at the corner of the store. It was tuned to Japanese children’s cartoon for the owner’s young grandson who played with his mother and occasionally looked up at the screen. He seemed to understand everything that was going on and what was being said.

While I waited, I took the time to really take in my surroundings. Aside from being located in a high-rise apartment building in Shinjuku, it was a typical hair braiding shop. It was cozy, situated in what would be the equivalent of a small studio apartment in the US. There were only three chairs for clients. The walls were lined with a rainbow of packs of braiding hair and pictures of models wearing intricate styles. These photos were clearly those of past clients, many of them were Japanese women. These women wore braided styles that were extravagant, colorful, and sometimes highly complex. I was interrupted from my observations by the call of the stylist, she had finally finished the teacher’s hair and it was my turn.

The first thing I noticed was the stylist’s tone. She was very blunt and authoritative in the manner she spoke to me. I was turned off by it, but I had come this far, so I was definitely getting my hair braided. Now looking back, I realize that her tone was likely more the result of her inexperience with English than rudeness. It became clear very quickly that she was a better speaker of Japanese and French than English.

I explained to her what I wanted, I told her that I did not want my twists to be tight. She proceeded to twist my hair firmly along my hairline. Although she only did a touch up around the perimeter of my head, the process took much longer than I expected. She gripped and tugged at my hair as though she was in a battle with my strands. For most of the experience I was in pain. Much later, I noticed that she hadn’t secured the ends of the twists because they would come unraveled from time to time. My twists were also noticeably different sizes. This would be my first and last time at this particular braiding shop.

However, the experience was definitely not all bad. The stylist made conversation with me throughout the process, which helped to distract me from the discomfort. She asked me about myself and why I was in Japan. She also told me about her experiences working there and serving a primarily Japanese, female customer base. She described countless instances of racist microagressions she had endured from her clients. The story that most stuck with me was one she told me about her experience with a client who requested that she “make her look like a crazy Black woman.” Apparently by this the customer meant she wanted long, multi-colored braided extensions. The stylist told me that she had been very clearly offended but couldn’t make the client understand the error in her statement. I can’t imagine how many similar encounters she had faced during her time there.

I was not entirely satisfied with my stylists work, but I was glad for the experience. I deeply respect the importance of the business that the stylist had built there in Shinjuku. She has maintained a successful business in Tokyo for over 5 years and has created an asset that her family will inherit and benefit from for the foreseeable future. She also provided a service that I’m sure she didn’t realize: a sense of community. Our conversation at her salon was the only opportunity I had to speak with another Black woman while I was in Japan. One takeaway from this for me was–when traveling to a country with a very small percentage of African Americans–it is always best to understand how to take care of your own hair. Had I known how to do my own braids, I could have simply purchased the materials I needed from the hair braiding shop and installed the twists the way I wanted them with less damage to my fragile edges. The second, and most important thing I learned on that visit to the salon was that even in Japan, thousands of miles away from my home in the US, I could still find the kinship and Black women relationships that I needed a beauty shop.